Substance, integrity, honesty, consistency, bravery, their just words really, and I’m REALLY good with words so why don’t people think I have them!#AlsoIstoppedCatiline

All this concern about survelliance, popular unrest, terrorisim and election stealing just pass a Sensatus Consultum Ultimum take it #fromtheguywhostoppedCatiline 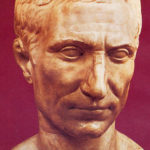 All of Gaul is divided into three parts #Futurelatinlessons

You know if we had had Twitter during the Gallic Wars it would have saved me so much time, wouldn’t have had to bother with this commentary cr*p!#literatureishard

Mind those unicorns in the forest #trippingballs

So many naked Gauls, should have called it the phallic wars lol #frenchfashion #winteriscoming

part of fleet got lost, rest having difficulty forcing a landing in Britain #Stillbetterthanthetube

And all of Gaul was pacified #Missionaccomplished

ladies and gentlemen we got him #Vercingetorix#Reallyreallypacifiedthistime

I came, I saw, I instagrammed #picsoritdidnthappen

Ides of March more like Ides have passed amirite#temptingfate 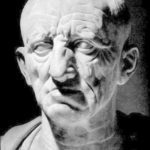 Going out for some groceries, I think I’ll get figs, fresh ones! #Carthagemustbedestroyed

Nothing on tv only foppish lefty nonesense and some Greek drama, I suppose it’s the news for me again#Carthagemustbedestroyed 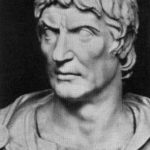 ahhh….I love the smell of roasted Pleb in the morning……..#lifternotleaner #deplorables=delectables

Just writing my memoirs, History will be kind to me for I intend to write it…………. and silence all Hostile witnesses.#suckitChurchill

The Athenians used to (before I sacked their conceited arses) mock my blotchy skin by claiming that “Sulla is a mulberry sprinkled over with meal”, I suppose that would make me (after I slaughtered them) a cereal killer!#itsfunnycauseitstrue

………Well, I don’t here laughter, I made a joke, laugh! Now!!!#IKnowwhereyoulive